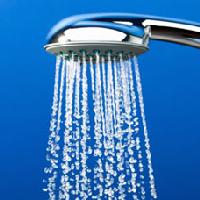 The quantitative and qualitative availability of water is at the heart of the development of societies, their economies and ecosystems. In other words, human survival itself depends on good governance of the resource and, more specifically, on responses to the most pressing challenges, among which is climate change. In Mexico, as in other countries, the population, renewable water and GDP show very marked disparities at the spatial level. The southeast portion present two thirds of the renewable water in the country, with one fifth of the population contributing one fifth of the national GDP. The northern, central and northwestern portions have only a third of the renewable water in the country, but they represent four fifths of the population and of the spatial contribution to the national GDP. Considering renewable water per capita, the water available in the southeast parts is seven times greater than that available in the rest of this country. Faced with the above challenges, the present and future of this country pose a panorama full of challenges that require holistic solutions based on the six cornerstones of sustainability: social, economic, environmental, institutional, infrastructural and political. Undoubtedly, the experts of the research group can contribute substantially in conducting frontier and applied research, in innovation and technological development, and in training of human resources. More information: www.centrodelagua.org