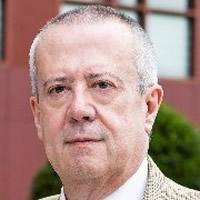 Carlos M. Urzúa is currently the Academic Director of the School of Government of Tecnológico de Monterrey. He is a member at the highest level of the National System of Researchers, and is also a member of the Mexican Academy of Sciences. He is the author or editor of eight books in Economics. He has published papers on a good number of areas, such as Public Finance, Econometrics, Welfare Economics and International Economics. He holds a PhD from the University of Wisconsin-Madison, and a Bachelor's degree from the Tecnológico de Monterrey. He was professor of Economics at El Colegio de México for a dozen of years; and before that he was an Assistant Professor at Georgetown University and a Visiting Assistant Professor at the Woodrow Wilson School of Princeton University. During the period 2000-2003, he was the Secretary of Finance for the Mexico City Government.