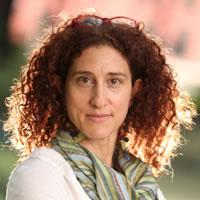 Margo Echenberg received her Ph.D. in Hispanic Studies from Brown University and is currently a research professor in the Escuela de Humanidades y Educación of the Tecnológico de Monterrey (Mexico City Campus) and a faculty member of the Doctorado en Estudios Humanísticos, both in Mexico and Monterrey. Her research focuses on issues of gender, cultural identity and the relationship between the literary imagination and social transformation in colonial and contemporary Mexico. She has been a visiting professor at McGill University and l'Université de Montréal in Canada, and a visiting scholar at the University of California, Riverside. Her scholarly publications have appeared in Mexico, the United States, Great Britain and Argentina and she has participated in more than 30 international conferences. She is a member of the UNITWIN/UNESCO Chairs Programme in Ethics, Peace Culture and Human Rights and of Mexico's National System of Researchers (SNI, CONACyT). At the Tec de Monterrey, Margo teaches courses in contemporary literature, Spanish language and, at the graduate level, Humanistic thought, theory, and the current state of the Humanities.