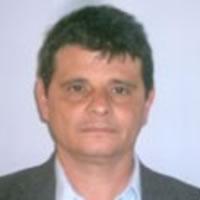 Armando Llamas born in Mexico City in 1961; he graduated in Electrical Engineering from ITESM in 1983, where in 1985 obtained the degree of Master of Science (MSc). In 1992 obtained his PhD in Virginia Tech in the area of Electrical Engineering. Dr. Llamas has been at ITESM since 1993 where he was the ITESM Endowed Energy Research Chair, and also head of ITESM Energy Studies Center. Currently he is a professor of EE. He is founding partner of Ahorro y Calidad de Energía Eléctrica, a company started in 1998 that specializes in power quality and energy savings. Senior member of IEEE, member of SNI, level 1.