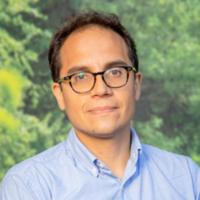 "It is essential to understand power and how it is utilized by the parties involved (the president, civil society, the countrymen, etc.) to know the reason why societies prosper or why they do not." José Antonio Hernández Company's research revolves around three topics: dictatorships, the opposition and the importance of the State in dictatorship countries and those of recent democratization. He considers these subjects to be essential to understand the current Mexican political system: why we have relatively solid parties but an ineffective opposition, and why there is no ability to safeguard the rule of law in many areas of Mexico. The Doctor of Philosophy in Political Science from the University of Chicago aims to publish at least one article a year in specialized magazines. In 2018, for instance, he wrote about the close relation between poverty, electoral competitiveness and the development of political clientelism ties between political parties and the electorate. In other articles he has also brought up that social expenditure in central governments in Latin America has been constantly isolated from political manipulation, and has even explained the reason why, under stress, some regimes of dominant-parties have more possibilities to collapse than others. Hernández Company learns more about the subjects he is passionate about inside the classroom, thanks to the students' experiencies related to these topics. He strives to designed attractive courses, adapting them to new models that take advantage of new information technologies.