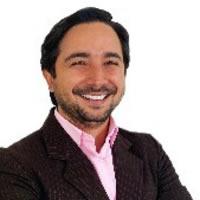 Leonardo Chang received his bachelor degree with honors from CUJAE University in Havana, Cuba in 2007, and his M.Sc. and Ph.D. in Computer Science from the National Institute for Astrophysics, Optics, and Electronics (INAOE) of Mexico in 2010 and 2015, respectively. He was a Researcher at CENATAV, Cuba during 2007-2015, and the Head of the Face Recognition Group of the same institution from 2015 to 2017, where he led and contributed to applied researches for commercial face recognition systems, for both constrained and unconstrained environments. Currently, he is a full-time Researcher and Professor at Tecnologico de Monterrey, Mexico. He is a member of the National Reseachers System (SNI) level C. His research interests include biometrics (mainly focused to face recognition), object recognition, and video-surveillance applications. He has published several papers in top journals and conferences.