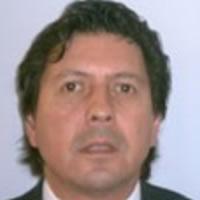 R. Soto, (IEEE M'86, SM '12) received the Ph.D. degree in electrical engineering from the University of Texas, Arlington, in 1990. He is currently an undergraduate director for research, a professor with the National School of Engineering and Sciences, and deputy director of the national Robotics Laboratory with Tecnológico de Monterrey, Monterrey, Mexico. His research interests are in the areas of robotics, nonlinear and neuro-fuzzy control for Biomechatronics. He has published in journals and conferences cited in Institute for Scientific Information Web and Scopus in the area of control systems. Dr. Soto has been a member of the National System of Researchers (SNI) in Mexico since 1993.