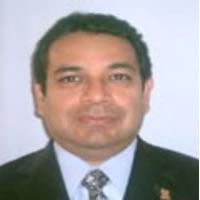 Dr. Jorge Armando Cortés Ramírez is a Research Professor at the School of Engineering and Sciences of Tecnológico de Monterrey. He is a national researcher of the National System of Researchers, Level 1. He holds a Ph.D. in engineering, graduated in 1993 from the Japanese University of Hiroshima, specializing in Materials and Process Design. He is a graduate of the Master of Science in Physical Metallurgy, graduated in 1987, from the National Polytechnic Institute, IPN. And, graduated from the School of Chemical Engineering and Extractive Industries of the IPN, in 1982, as a Metallurgical Engineer. In this same year, he became a fellow of the Mexican Petroleum Institute, within the Fault Analysis department. And, in 1986, I entered as a consultant in the company Atisa-Atkins, within the department of Metallurgical Processes. During this time, he taught at the professional and master's level at the National Polytechnic Institute and during his doctorate studies he taught materials resistance laboratories at the University of Hiroshima. Since 1993, to date, he is a professor-researcher within the Monterrey Institute of Technology and Higher Education, ITESM, where in addition to offering classes at undergraduate, master's and doctoral levels, it develops research, innovation and consulting projects; to small, medium and large companies, with and without CONACyT funds. Dr. Cortés, specializes in the Design of Manufacturing Processes, in the Design of Metamaterials for the Biomedical Industry, in the Computational Analysis of microstructural phenomena. He has taught the following courses: Metallurgy, Principles of Materials, Sheet Forming, Introduction to the Finite Element Method, Selection of Materials, Numerical Methods, Manufacturing, Metal Formability, Computational Modeling, Manufacturing Processes, Materials Technology, Biomaterials, Meta -Materials and Advanced Materials. Dr. Cortés is a member of the American Society of Biomaterials, SFB; He has given a series of National and International conferences in Asia (Japan, China), Europe (Spain, Italy) and in America (Besides Mexico, United States of America, Puerto Rico, Costa Rica and Panama), He has been received as guest professor-researcher in research stays by the Technological University of Nagaoka, Japan, at the Technological University of Lodz, in Poland and the TECNALIA Research Institute in Spain. It was designated as responsible for the chair of Research in biomedical engineering and medical devices. And currently, it belongs to the focus group: Product Innovation. He has presented more than twenty patent applications and obtained different distinctions for the development of innovative technologies in international congresses and state government programs, as well as being a consultant and expert of Natural Gas designated for catastrophic failures, he is an evaluator of Innovation projects for the Government Argentinian. Dr. Cortés has founded three companies, Medical Devices of Monterrey, DIMEM, S.A de C.V., Sugoi Medical S.A. of C.V. and Protechi Biomaterials, S. A. de C.V. whose objective is the commercialization of the technologies developed as Containers of infectious biological waste, Needle for bone and bone marrow biopsy and, direct synthesis of Chitosan for the medical industry and for the food industry, respectively. Dr. Cortés maintains the hypothesis that it is possible to create a continuity between the scientific work of the laboratory, the technological work in the workshop, the automated work in the plant and the work potentialized with the businesses, amalgamated with own technology, innovation and work multi-disciplinary. The above is simpler when designing materials based on the country's wealth, technology protection and effective guidance with specialized technological observatories.