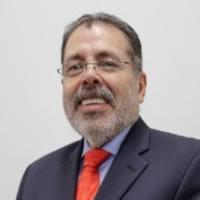 "My interest: the exercise of critic intelligence. My challenge: to keep my self continuously up to date and to share with my students the curiosity about the scientific knowledge of politics." Ever since he was in college, José Florencio Fernández Santillán developed a noticeable interest in philosophy and politics, thanks to his professor Arnaldo Córdoba, who selected him along with other five students to do a special study on the classics. He studied his master's and doctorate degree under his tutorship, renewing his interest in the field. He travelled to Turin to continue his studies with the italian philosopher Norberto Bobbio, where he wrote his thesis on Hobbes and Rousseau. Since he was able to travel to Italy thanks to a scholarship granted by the UNAM, when he returned to Mexico he took charge of the Political Philosophy subject in the Faculty of Political Sciences. He published the books Locke y Kant and Filosofía política de la democracia, and translated works from Bobbio, such as Origen y fundamentos del poder político, Teoría general de las formas de gobierno, y Estado, gobierno y sociedad. Furthermore, for 20 years he devoted himself to the application of political philosophy in the field of civil society, which led him to write El despertar de la sociedad civil and Estado, gobierno y sociedad civil. He had the privilege to be named visiting professor at Harvard University in 2010, in Georgetown University in 2013 and Fulbright Scholar in Residence in The University of Baltimore in 2015, where he took a sabbatical year. His most recent book is Populismo, democracia y globalización.