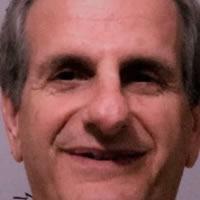 He received the electronics and communications engineering degree from ITESM, campus Monterrey on June of 1977. He received the M.S. degree in Electrical Engineering (1979) and the PhD degree, both from the University of Texas At Austin (1983), where his research area was Electrical and Control Engineering. He got the P.E. certification for the state of Texas in 1986. From 1983 to 1989, He was assistant professor of electrical engineering at Trinity University in San Antonio. During these years He participated in ABET evaluations for the Engineering Science program at Trinity (1985 and 1988) and He was involved in projects with the local industry, such as Motorola, Seguin. Dr. Dieck-Assad taught in 1987 the basic electrical engineering courses to future engineers taking the "Engineers in Training Exam", who were seeking the state certification by the Texas Board of Registration of P. E. In 1989, He received tenure from Trinity University and he was promoted to Associate Professor of Electrical Engineering. He stayed at Trinity University until 1991 and during his tenure, he was campus representative of the ASEE (1983-1991, American Society for Engineering Education) and student branch counselor for the IEEE (Iinstitute of Electrical and Electronics Engineers). In June of 1991, He joined the Electrical Engineering Faculty at Tecnológico de Monterrey, Monterrey campus, in Mexico. From 1992 to 1996 he coordinated the Graduate Program in Electronics Engineering at ITESM. In 1992, Dr. Dieck-Assad coordinated the ABET reports of the Engineering self-study assessment, previous to the campus visit by the ABET evaluator team. He participated as evaluator for the SECAI (System of evaluation of the engineering teaching quality in Latinoamerica), integrating internal and external evaluation commitees in Mexico and South America from 1996 to 2002. From 2004 to 2006, Dr. Dieck-Assad participated in the CENEVAL EGEL-IE-IEo committee for the engineering in training final exam in electrical engineering in México. Dr. Dieck-Assad Has been a member of the SNI (Mexican National System of Researchers) from 1993 to 2001, from 2010 to 2012 and from 2018 to 2020. Some of his research and development projects include companies such as CFE (Comisión Federal de Electricidad), Hospital San José de Monterrey, CERREY (Combustion Engineering Co. subsidiary of Monterrey) and AXXA-Yazaki. Moreover. Also Dr. Dieck-Assad has been a consultant for Mexican and NorthAmerican companies such as: CYDSA, CFE, Hospital San José de Monterrey, AXA-YAZAKI, CERREY, DELNOSA, ZENITH, PEMEX, Performance Engineering of Austin, City of Austin Utility, and Southwestern Public Service of Austin. At TEC, he has performed as a program director of the master´s program in electronics, EE chair, Undergraduate advisor for the IEC and ITIC programs, Dean of graduate programs at DMTI, Associate Dean of the DMTI, Dean of graduate programs of the EITI, Electrical and Computer Engineering Chair and Associate Director of the Regional-North Department of Mechatronics-Electrical-Biomedical Engineering. Presently (January 2020 and beyond) he is a research professor at the Mechatronics and Electrical Engineering departmant in campus Monterrey of Tecnológico de Monterrey.