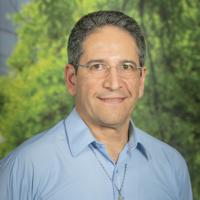 Rafael Salazar has more than 30 years of leadership industry experience in Software Engineering and Software Quality. Salazar has been a professor since 2001 at Tecnololgico de Monterrey University. From 2002 to 2006 Salazar managed the relationship between Microsoft Research and Tecnológico de Monterrey, and belonged to the Microsoft Research's Latin American Faculty Advisory Board, where he served as the secretary of the board. From 2003 to 2006 he was the Head of the Computer Science Department. Since 2006 he is the director of the Mexican Team Software Process (TSP) Initiative, a joint effort between the Mexican Government, the Mexican Software Industry, and Academia, led and supported by a strategic alliance between Tecnológico de Monterrey and the Software Engineering Institute (SEI) of Carnegie Mellon University. Through his leadership more than 20 Mexican Companies have implemented TSP, and more than 600 Mexican Software Engineers are now "SEI Certified PSP Developers" (about 65% of all worldwide certified people). He was the first Mexican to become "SEI Certified PSP Developer", he is a "SEI Certified TSP Coach", a "SEI Certified Mentor Coach", and a "SEI Authorized PSP Instructor". He is also authorized by the SEI to train PSP Instructors and TSP Coaches. He coauthored the SEI technical report "Deploying TSP on a National Scale: An Experience Report from Pilot Projects in Mexico" (CMU/SEI-2009-TR-011). He worked with the SEI together with Watts Humphrey and Bill Nichols in the creation of the evaluation method TSP PACE. Prior to his work at Tecnológico de Monterrey, he worked 8 years at Neoris, one of the largest Latin American IT consultancy companies. A founding member of Neoris, he served as: Director of the ERP unit, Director of Quality and Innovation, and Chief Technology Officer. He also led the implementation of ISO-9000 at Neoris, and developed and managed the partnership with companies such as Microsoft, Siebel, Ariba, Saba, and I2.