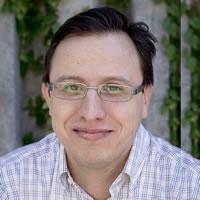 Israel De Leon received his Ph.D. degree in electrical engineering from the University of Ottawa in 2011 for his theoretical and experimental work in active plasmonics. His Ph.D. dissertation was recognized with various academic awards, including the prestigious Governor General's Gold Medal for the highest academic standing at the graduate level in Canada. Following this, he was a CERC (Canada Excellence Research Chair) postdoctoral fellow and staff researcher at the Max Planck Centre for Extreme and Quantum Photonics in Canada, in the research group of Prof. Robert W. Boyd. In 2015, Israel De Leon joined the School of Engineering and Sciences at Tecnolo?gico de Monterrey as an assistant professor, where he performs research in the field of nanophotonics -- the science and applications of light at the nanoscale. Prof. De Leon is a member of the Mexican National Research System and a researcher member of the Max Planck Center for Extreme and Quantum Photonics since 2015. He has over 70 scientific peer-reviewed publications and conference proceedings, one book chapter and one patent. Prof. De Leon has a broad research interest in the fields of nanophotonics aiming at multidisciplinary applications. His investigations include the interactions between light and molecules at the nanoscale, nonlinear optical phenomena in nanophotonic systems, physics and applications of optical metamaterials, nanofabrication techniques, and ultrasensitive bio/chemical detection using optical methods.