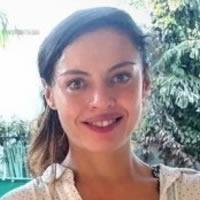 I am a PHD in sociology, mainly dedicated to the historical sociology of social change and paths of stabilization. My main interest is the multidisciplinary approach to the issue of State Formation and the national question. This is because the value of the category to explain changes in the political ties with the state. My idea is that the nation is a category for understanding the historicity of relations between state and society. In general, "nation" is an apt category that extends the explanatory reach of other categories for the articulation of "state-society." Concepts of an organizational type (civil society), interest representation (corporatism, clientelism), legal status (citizenship) or the exercise of authority (governance) clearly define central dimensions to capture types of political domination. However, these are not categories that include, as primary factors, the historical variations in the ideas of a community that organizes in the presence of a state. Recent Publications i The Role of Foreign Public Capital in Shaping National Varieties of State Financial Infrastructure: the Case of Export Import Bank of the U.S. and Mexican development bank (1932-1954). BULLETIN - EUROPEAN ASSOCIATION FOR BANKING AND FINANCIAL HISTORY. Vol. 32. 2013/2. ii The National Explanation of economic development Led by the State. Towards a Historical Sociology on the Emergence of the Process in Mexico. FIRST MEETING OF ECONOMIC HISTORY IN THE FACULTY OF HIGHER STUDIES UNAM-ARAGON. 16-20 April, 2012. ISBN in process. http://dl.dropbox.com/u/48485450/PROGRAMA_IEHEFESAR%20%282%29.pdf iii The History of Mexico in the Free Textbooks: Evidence of Changes in National Integration Models. Journal of Educational Research (Revisita Nacional de Investigación Educativa), vol. 16, no. 49, April-June 2011, p. 489-523. Mexican Council for Educational Research. Federal District, Mexico. ISSN (printed version): 1405-6666. iv The Nation, a category for the analysis of changes in the state projects of integration: the case of free textbooks. Sociológica, Autonomous Metropolitan University - Azcapotzalco, year 26, Issue 74, September-December 2011, p. 109-145. Registration ISSN (printed version): 0187-0173 v The Image of National Past that is Constructed and Reinforced in Institutional Devices: National Museums and Textbooks. Working Papers, virtual. FLACSO - Mexico. 2008.http://www.flacso.edu.mx/documentos/images/pdf/ensayos/natalia_vargas.pdf vi The Image of Nation Constructed and Reinforced in the room "Emancipation And Republic 1810-1830" National Museum Of Colombia. Uniandes editions. 2004. 75 pages. Bogota, Colombia. ISSN (print) 1657 - 4508.