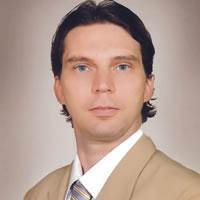 Prof. Octavio Loyola-González received his B.Eng. in Informatics Engineering in 2010 and his M.Sc. degree in Applied Informatics in 2012, both from the University of Ciego de Ávila, Cuba. He received his Ph.D. in Computer Science in 2017 from the National Institute of Astrophysics, Optics and Electronics, Mexico. He is currently a Research Professor at the Tecnologico de Monterrey's Puebla Campus, where he is also a member of the GIEE-ML (Machine Learning) Research Group. Also, currently, he is a Member of the Mexican Researchers System (Rank 1). His research interests include contrast pattern-based classification, data mining, one-class classification, masquerader detection, fingerprint recognition, and palmprint recognition. Dr. Loyola-González has been involved in many research projects about pattern recognition which have been applied on biotechnology and dactyloscopy problems.