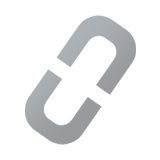 José Miguel Muñiz Apresa's field of expertise are Digital Humanities, 19th, 20th and 21st century Latin America essay, literature and journalism. Since his arrival at Tec de Monterrey in 2018, after completing his Ph.D. in Hispanic Studies at Texas A&M University in College Station, he has taught the courses Contemporary narratives, and Cinema, literature and culture, as well as a workshop on TEI markup languages. Dr. Muñiz-Apresa has participated in conferences and international publications. He is a former research assistant of the Cervantes Project, at Texas A&M University, where he practiced and studied Digital Humanities. He has practiced cultural and scientific journalism, and has been editor of books, magazines and newspapers on both print and digital formats. He is a current member of Red Mexicana de Periodistas de Ciencia and World Federation of Science Journalists.