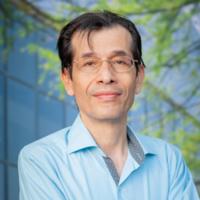 "Teaching and film analysis are two sides of the same coin, at least in my case: it means sharing a passion and being in contact with the other." Ernesto Diez-Martínez Guzmán is interested in human sciences in general and film criticism in particular. In the latter he combines the love for an artistic and industrial expression as rich as cinema, while delving into its analysis to share it with readers and students. He has been drawn to literature, music, history and philosophy since he was a child, but it was the passion that made him devour books on filmmaking and watch a movie after another what led him to his fate: he has been a film columnist for over 30 years as well as a member of the jury in festivals such as Palm Springs, Rio de Janeiro, Havana, Cartagena and Guadalajara. He is also the author of the book Vértigo and member of FIPRESCI (The International Federation of Film Critics), the largest and longest-standing association of film critics in the world. After teaching for 27 years at Tecnológico de Monterrey, Diez-Martínez is certain that he has transformed lives through his contact with the students. In fact, both of the times he received the "Professors Who Leave a Mark" award, his main pride were the testimonies given by his former students. He considers his challenge to continue teaching because, although the endeavor may be exhausting, fatigue vanishes when someone wants to keep learning or is simply searching for his advice.