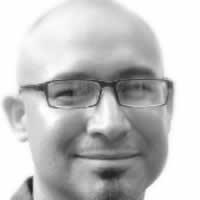 I'm a media artist & profesor. I am engaged with the boundaries between humanities, science & technology. I use an interdisciplinary approach to study them: Critical studies of art and culture, digital humanities, STS visual studies and anthropology. Since college (early 90's), my teachers exposed me to the ideas and works of conceptual and avant garde international artist from the 60's and 70's; that influenced my early works 1998-2004. But after I pass through the international program in New Media at the Transart Institute (2005-2007), I started with artworks influenced by the ideas of artists then known as Media artists: Darko Fritz, Edita Pecotic, Linda Pollack and Klaus Knoll; and media theorist: Wolfgang Suetzl and Giaco Schiesser. I have more than 15 years teaching and researching in public and private universities. Most of the time on Media Theory, STS, Digital humanities, Media art practice and Visual studies. My academic and artistic work are related between them; and they have been presented in Mexico, US, Austria and Croatia.