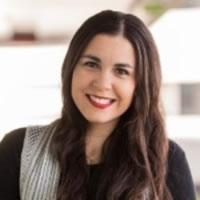 "Getting to know the history and culture of other countries has allowed me to grow in a multicultural environment, which has made me a more tolerant and open-minded person." Mary Carmen Peloche Barrera's main goal is to be well-informed about every aspect of national and international events in order to analyze them holistically and give reasoned opinions. She studied International Relations and afterward, earned a master's degree in Public Administration; although the former provided her with extensive knowledge of the world and international politics, the latter helped her understand particular aspects of Mexico, such as the law on public function or the planning and analysis of public policy. One of her main areas of interest is the role immigration plays in the United State's national security and in the definition of its foreign policy, as well as its cultural and social effects. She particularly analyses how the definition of national security has shifted in the post-9/11 world, as well as the perception of immigrants since the event. Furthermore, she concentrates her professional work in Latin American studies. She delves on the Venezuelan crisis and its effects on local and international politics. She is drawn to the subject, especially because of Latin America's history of military governments and because of the influence the United States has in the region.