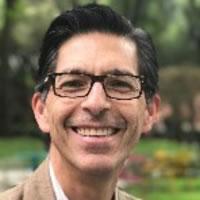 I started working as a teacher at Tec in January 1987. Since 1988 I have been a full-time professor in the area of ¿¿Humanities, literature, literary theory, teaching Spanish as a first and second language, coordinator of general education subjects since the project's origins of "Values ¿¿and Humanities" for the curriculum from 1990 onwards. I have collaborated in several academic committees for the development of study plans, in the areas of literature, cinema and Humanities in general. I have been visiting professor at other universities, at the Transatlantic Project which was based first in Maastricht and then in Middelburg, the Netherlands, where I collaborated as a teacher of subjects taught in English to international students. Since the beginning of the Passion for Reading program, I have been a promoter of reading, reader and lecturer in regional, national and international colloquia. I am part of the School of Humanities and Education; of the Strategic Research Group Cultural Industries and Cultural Heritage. As a level I national researcher, I coordinate the Study Group on Religion and Culture which is an initiative to study the Colonial period in America and Spain, in conjunction with El Colegio de Michoacán and El Colegio de México. I am a member of the UC Mexicanistas group organized by Dra. Sara Poot Herrera at the University of California in Santa Bárbara; I am a member of the Sepancine Association, A.C with which I give seminars and courses for the formal study of cinema as an artistic medium and industry; I founded with Dr. José Antonio García Ayala the interdisciplinary seminar Urban Narratives, in the Regina Unit of the National Polytechnic Institute, in the historic center of CDMX. I have been a promoter of the Alfonso Reyes Chair since its inception in 1999, where I have always been part of the academic organizing committee at the Campus Estado de México, which was my home for 27 years. Since May 2015, I have collaborated as Director of the Postgraduate Doctorate Program in Humanistic Studies. I also collaborate in a civil association called Educadores somos todos, AC, in which with other colleagues we give courses, diplomas and advice to oppose the arts and literature against violence and abuse. My main interest has been to collaborate with the dissemination, study and application of the disciplines that include Humanities, digital humanities, heritage, cross-sectional gender studies to the knowledge of collaborative communities. I have been a full-time teacher since 1988.