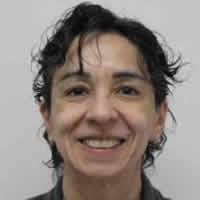 PhD in Industrial Engineering (2005) and Advanced Studies Diploma in Design and Manufacturing Engineering (2003) from the University of Zaragoza, Spain. Master's Degree in Integral Quality from the University of Monterrey(1996). MBA(1992) and Mechanical Engineering Engineer(1990) from ITESM. Certified as Black Belt Six Sigma and as Quality Process Analyst by the American Society for Quality (ASQ). Certified as ISO9001 Lead Auditor by GCT Associates LTD. With over 25 years of experience in Statistical Quality Control, Quality Assurance, Quality Systems and Six Sigma. She has participated in 3 Semester i, from the Design, Teching and Challenge Tutoring. She has taught more than 3000 hours of training and consulting to several companies in recent years. She is also the academic coordinator of several training and consulting projects at the Tecnológico de Monterrey. Founder and co-designer of the Six Sigma Program of ITESM CEM in 2001, a program that has been taught since its creation in several campuses as well as in international offices of Tecnológico de Monterrey. She is the Academic Coordinator of the Academic Extension Program in Six Sigma at the international headquarters of Tecnológico de Monterrey, and the Academic Coordinator of the Diploma in Integrated Management Systems and Quality Management Systems in the Mexico City Region of Tecnológico de Monterrey.