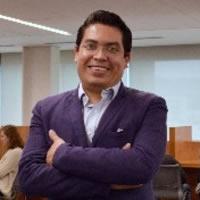 Alan Sustaita PhD, is currently Researcher Professor of School of Engineering and Science at the Tecnológico de Monterrey, Campus Monterrey. He received his Ph.D. in Advanced Materials from the Institute Scientific and Technological Research of San Luis Potosi (IPICYT) in 2015. He has the addition in 2016 to the National System of Researchers (SNI Researchers-CONACYT) obtaining the level 1, SNI1. Also, he collaborates in the Center for Innovation in Design and Technology of Tecnológico de Monterrey for developed new polymeric devices with Technology and disruptive manufacturing. The research areas of interest are the fabrication and development of organic devices for alternative energies based on carbon nanostructures or clays. He has contributed to the development of insulators and semiconductor polymeric composites memories and sensors devices studying physicochemical, electrical and optical properties.