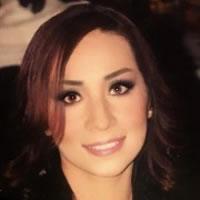 Elvia Castro is the Director, International Liaison Office TEC ¿ Boston based in the University of Harvard (LASPAU Department), Boston, Massachusetts, United States. She has been a Doctor in Science and Engineering Education since 2011. As a researcher, she is part of the American Society for Engineering Education (2016) and the International Network for Social Network Analysis (2017). Her main lines of investigation are Innovation and Technology in Education, Social Network Analysis, Entrepreneurial Education and Education in International Contexts. She is currently a member of the Research and Strategic "Innovation and Entrepreneurship" Approach Group (Grupo de Investigación y Enfoque Estratégico "Innovación y Emprendimiento") at Tecnológico de Monterrey. She has served as a professor at the School of Engineering and Sciences, Division Director at the School of Engineering and Sciences, Associate Director of Engineering and Sciences, and as Research Director at the Tecnológico de Monterrey. She completed a postdoctoral fellowship at the Department of Education at the University of Oxford, United Kingdom (2015-2016) and was a visiting professor at the University of California (Los Angeles) at the Department of Education (2009-2010). Dr. Castro has worked professionally for more than 20 years in the education, food (Pepsico, Domecq), electronics - IT (FESTO, Esslingen plant in Germany) and automotive (Yazaki, Japan) sectors. She has had the opportunity to work in Mexico, the United States, Germany, the United Kingdom, and Japan. She has led academic and collaborative projects with the University of Oxford (UK), University of Stuttgart (Germany), Harvard University (USA), Massachusetts Institute of Technology (USA) and the University of California (USA). She is fluent in Spanish, English, German, and Japanese.