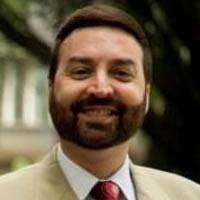 Jesus Eduardo Elizondo, DDS, M.Sc.D, M.Sc.DL, D.Sc.B., DDSc. Jesus E Elizondo earned his Doctor of Dental Surgery (DDS) degree in 1992, a Periodontics specialty, and a Master of Science in Dentistry (M.Sc.D) in 1999 from Universidad Autonoma de Nuevo Leon, MX. Certificate of Completion in HIV/AIDS prevention, management, treatment, care, and support in 2009 from Universidad de Monterrey, MX. Doctor of Science (D.Sc.B) in Biotechnology degree in 2015 from Tecnologico de Monterrey, MX. Master of Science in Laser Dentistry (M.Sc.DL.) degree in 2017 from Instituto de Tecnologia Avanzada, MX. and Doctor of Dental Science (DDSc) degree in 2017 with an International Doctor Mention from Universitat Internacional de Catalunya, ES. Dr. Elizondo has been working on transdisciplinary research in HIV, infectious and immune diseases since 2010, and has published several articles in this field. He is Mexico's only Faculty Member of HIVdent (oral health experts in HIV), an international organization based in Atlanta, Georgia, USA. He is also, Member of the International AIDS Society (IAS), the world's largest association of HIV professionals, and Member of Mexico's National System of Researchers (CONACyT-SNI). Dr. Elizondo is Executive Director of the NGO Gremio Vita Novus, which he co-founded in 2008. An NGO specialized in STDs, HIV/AIDS, human rights, development, and life skills training that has provided quality training for education, research, and other community-based projects. He is also a Member and co-founder of Mexico's Association of HIV/AIDS Treating Physicians. Elizondo's work enhances government-NGO-University-PLWH collaboration in HIV/AIDS policy and services. He served as Academic Member of the National Council for the Prevention and Control of Acquired Immunodeficiency Syndrom in Mexico (CONASIDA) 2016-2018. Likewise, Dr. Elizondo participates as an adjunct professor in the Department of Basic Sciences at the National School of Medicine and as a research associate in the Biomedical Engineering Strategic Research Group at the National Graduate School of Science and Engineering at Tecnologico de Monterrey. He has presented many lectures and seminars nationally and internationally for medical and dental organizations, universities, and study clubs. He also has been the recipient of numerous honors and awards, one of the most outstanding was the first place at the National Research Competition of the Mexican Association of Periodontology, within the XXII National Meeting, 21st International Congress of Periodontology. Furthermore, Dr. Elizondo collaborates since 2012 as an editorial advisor for Grupo Reforma Newspaper "El Norte," as well as a medical, technical reviewer for the McGraw- Hill Publishing Co. in México, the Journal Odontology from Springer Nature Publishing Co., the Open Forum Infectious Diseases Journal from Oxford Academic and the SAGE Open Journal from SAGE Publications Inc.