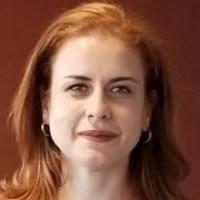 3) A year later she was invited by the School of Humanities and Education to serve as Director of the Master of Education and dedicate herself completely to academia and research. In this current role, she has carried out several actions to improve the program, among which the new curriculum with a view to the Millennium Development Goals stands out, specifically number 4 with regard to Educational quality. 4) Along with the aforementioned activities, she has stood out for participating in several national and international congresses to support the attraction of students to postgraduate studies in education. 5) Regarding Education for Development projects (attraction of funds), Dr. Gudiño has made academic proposals that have resulted in educational training projects (SDG 4) with various institutions, among which the following stand out: . SEDENA training more than 2000 teachers of the Military Educational System. . Learn to teach at a Distance. Training program for more than 1000 teachers from Mexico and LATAM. . ENSAMBLE FOUNDATION, Training program for more than 1000 teachers from different States of the Mexican Republic.
6) Dr. Gudiño has participated directly in the TEC21 MODEL, specifically in the creation and proposal of the Bachelor's Degree in Educational Innovation, under the leadership of Miguel Nájera, being part of the founding team and creation of TEC subjects, blocks and weeks. 7) At the institutional level, she has served as Senator of the School of Humanities and Education, where she highlights her participation in the classification committee, from which various reforms to the regulations have emanated to improve the experience of teachers and the process. She is also the president of the sabbatical committee where she encourages the participation of her colleagues within her school. 8) For two years, Dr. Gudiño has supported the development of international academic communities by belonging to the international synod of Ph.D. students at Universities in India, Morocco, and Colombia. Her membership in the American Educational Research Association impacts her educational practice and keeps her at the forefront of the three i's: internationalization, research, and educational innovation. 9) She is certified in Positive Discipline by PDA Association UK One of the distinctive features of Dr. Gudiño is her humanistic sense and closeness with graduate students through feedback, which is perceived in the comments of each of her students and its ECOAS. Under her leadership, the Master of Education has remained the most successful program at the graduate level within her school by the number of students and experience within it.
Doctor in Educational Innovation and Master in Educational Technology from the Tecnológico de Monterrey. Member of the National System of Researchers Level I since 2019. He has worked, studied, and given lectures at universities in Mexico, Argentina, the United States, and the United Kingdom: University of Hull, UK, Universidad del Aconcagua (Argentina), Harvard (EU), and Mexico (ITESM / UANL) teaching since 2001. She has more than 25 publications between chapters of books and journals refereed nationally and internationally, among which the following stand out: Innovating science teaching with a transformative learning model (2018) in Journal of education for Teaching (Q1) https://doi.org/10.1080/02607476.2018.1422619 Did remote proctor exams: Integrity assurance in online education? (2021) in Distance Education (Q1) https://doi.org/10.1080/01587919.2021.1910495 Some of the recognitions obtained by the Tecnológico de Monterrey are: Best Associate Professor of High Population Graduate Courses (2020, 2019, 2018) Dr. Gudiño considers that the most concrete profile of her actions in the TEC de Monterrey since her incorporation as a collaborator in 2016. 1) As a first guideline, it has sought to develop educational innovation with a humanistic approach through measuring the impact of said innovations on teachers, students and in the same institution, for this, its first institutional function was to coordinate institutional research projects within TECLABS, today the Institute for the Future of Education, under the leadership of José Escamilla de los Santos. Her participation stood out when implementing actions that would improve the processes of the NOVUS initiative at the national level, as well as the coordination of various measurement studies presented to the rectory and institutional stakeholders such as the study of educational platforms that led to the choice of a new Institutional platform. 2) Being a professor and former student of the postgraduate programs in Education in the second semester of 2016, she assumed the Direction of the online postgraduate programs of the School of Humanities and Education by the Academic Vice-rector and under the leadership of Joaquín Guerra Achem and Juan Carlos Enrríquez. In this role, she implements various improvement initiatives in postgraduate courses, among which the new online postgraduate model and transition to the CANVAS platform stand out. During the management of it, the postgraduate professors assumed the academic load of 15 students to become aware of the instructional design and educational quality, it is worth mentioning that from the conception of the postgraduate degrees, the tenured professors did not directly supervise students.