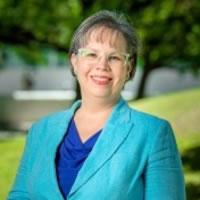 "Corruption can be studied from the perspective of economics, applying 'traditional' economic models as well as concepts and methods from institutional economics." During her years in college in the United States, Bonnie Jo Palifka switched careers three times: she started with Physics, then Russian and Eastern Europe Studies, and finally she discovered Economics and remained there for good. The same happened with the subject of corruption; once she found it, she did not write an essay unrelated to these criminal offenses. She studies both the causes and consequences of corruption, as well as the way it can be prevented or reduced. The subject interests her because she considers it to be a form of injustice that undermines the official purposes of governments, corporations, and organizations. Being such a complex matter, it requires a multidimensional and transdisciplinary analysis. Palifka started presenting the Economics of Corruption course in 2004. The pioneering class was so successful that, from 2011, she has been teaching it almost every summer at Yale University. Her approach to corruption has allowed her to conduct lectures in the World Bank and the United Nations. The moment a student finally grasps a difficult concept is one of the moments Palifka relishes the most about teaching, or when they travel abroad to study a master's degree or to be part of a competition. Regarding research, she enjoys having the independence to define her questions and methodologies, as well as deciding where to send the product for its possible publication.