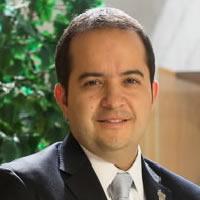 I have been involved in education for a substantial part of my life, constantly trying to contribute to the growth and transformation of individuals. I started teaching when I was 16, and have been a professor and researcher at ITAM in Mexico, as well as Harvard, Stanford, and more recently at Tec de Monterrey. My strong belief in freedom and inclusion have also led me to public service in Mexico, where I have had positions in Mexico's national electoral authority (2003-2005), and as a member of President Calderón's administration (2007-2012), where I served as Secretary to the National Security Council, and Secretary of Governance, among others.