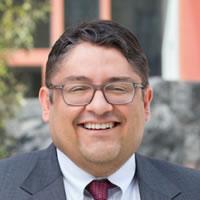 "The most important social problems require an approach that allows to identify the interaction of the actors and the socio-economic circumstances in order to understand them and develop possible solutions." Before the challenge to develop research that effectively contributes to the solution of social problems and citizenship education, Marco Antonio Fernández Martínez believes that collaboration between academia and civil society is fundamental. His main areas of interest are education policy, anti-corruption policy, and accountability. He points out poor quality education, inequality of opportunities, and lack of inclusion as burdens in the development of societies, in addition to corruption and its erosive effect on the health of democracy. As a specialist on political economy, Fernández Martínez has concluded that state governments are handled with a lack of transparency and misuse of federal funds, given that in Mexico, chains of complicity, neglect, and lack of professionalization of authorities abound. The vicious cycle of impunity perpetuates because the likelihood to receive punishment is little. To him, a key issue is that sophisticated corruption networks realize they can endure being at the heart of a media storm for a couple of days, and be wealthy for many years to come. Some of his research has focused on understanding the variation of the citizens' perception of the position political parties occupy on the left political spectrum, to evaluate to what extent individual traits and those of political parties or institutional designs contribute to said variability.