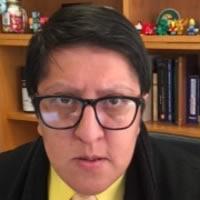 PhD Miguel Ángel Ontiveros-Torres Professor and researcher of the engineering department within the School of Engineering and Sciences of the Monterrey Institute of Technology and Higher Education campus Toluca (ITESM). He currently studies the epidemiology and molecular diagnostics of infectious agents and the search of biomarkers in the pathogenesis of neurodegenerative diseases. He is biologist graduated from the National Autonomous University of México (UNAM). He receives an M. S. degree in Molecular Biomedicine from the Center for Research and Advanced Studies of National Polytechnic Institute-México (CINVESTAV) for his research on mucosal immunity in mouse genetically engineered models. This was followed by a PhD in neurosciences at the physiology, biophysics and neurosciences department and cell biology department from the same Research Center. His doctoral thesis was based in the research of fibrillar pathogenesis in neuronal hippocampal cells from Alzheimer's disease patients and transgenic animal models. He has 8 years as a professor at the National Polytechnic Institute-México (IPN) in the Biomedic Engineering, Biotechnology Engineering and Pharmaceutical Engineering programmes, for his outstanding teaching and administrative work, he was appointed to head the bioprocesses department from the Professional Interdisciplinary Biotechnology Unit (UPIBI) of the same institute. The professor has won awards in international conferences for his work in Alzheimer's disease in collaboration with the National Brains Bank (BNC-CINVESTAV) Also, he was invited as speaker in several courses and conferences in UNAM, ITESM, IPN and other important universities of México.