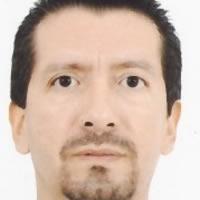 Dr. Jesus Arturo Pérez Díaz studied Computer Systems Engineering in 1995, graduating with honors and earning the best student award of the 1990-1995. As recent graduate he started to work in the city Hall of Aguascalientes as Head of Networks and Technical Support. In 2000, he obtained the PhD in Computer Science specializing in network security, obtaining his degree with the cum laude distinction. In 2000 he joined the IT department of the University of Oviedo as a research professor and became a member of the European project AgentLink, and in 2001 he served as academy secretary of the Faculty of Engineering of the University of Oviedo. Dr. Jesus Arturo Pérez Díaz has recognized Cisco Systems certifications as CCNA, CCNA Wireless, CCNA Security, CCNP and CCAI . He has advised several master's and PhD thesis in the field of wireless communications and security, in the same way he has published over 30 articles in international journals and conferences. In 2006 he was awarded by the Coimbra Group of European universities as one of the best young researcher from Latin America, thanks to this award he was selected to work at the University of Louvain-le-Neuve in Belgium. In May 2007, he was recognized by the CIGRE (International Council on Large Electric Systems) as the creator of the best communication and telecommunications system for power systems in Ibero America, because of the publishing of the master's thesis results supervised by him. In October 2007, was the third place winner Intel Business Innovation Award, with "TrusteME: mobile banking system and secure electronic payments" project. In recent years he has worked in different technological developments for different companies. The most remarkable projects are: a hybrid photovoltaic system, a green energy management system, and a detection and monitoring of vital signs system to prevent cardiovascular diseases.He got a certification in brands and patents by the IMPI (Mexican Institute of Industrial Property) and he has requested a couple a couple of patents to the IMPI. Currently Dr. Perez is the director of graduate programs in computing, and professor and researcher at the Cuernavaca Campus.