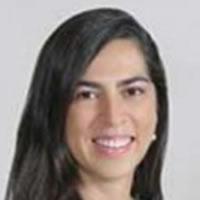 Dr. Yasmín Ríos Solís studied applied mathematics at ITAM and then successfully completed her master's and doctorate in combinatorial optimization at the Paris 6 University in France. This allowed her to join, with funding from the Humbolt Foundation, the bio-informatics team at the University of Bielefeld in Germany, where she completed a post-doctorate. From 2008-2020 he was part of the Systems Engineering group of the Autonomous University of Nuevo León, participating in one of the most active groups in optimization research in the country. She is currently part of the Tecnológico de Monterrey School of Engineering and Sciences and is part of the Data Science and Optimization group. In the last 12 years, Yasmín has distinguished herself, not only for her research and application of mathematics in the productive sector in Nuevo León, but also in the training of postgraduate students (more than 13 students, including 4 PhD students). Many of whom are already independent researchers and professors in national institutions. Yasmín has participated and has been the leader of more than 20 projects related to the productive sector, as well as CONACyT. She has been a visiting professor at the University Paris 6, University Paris 13 and at the University Avignon in France. She won the Sofía Kovalévskaia award, granted by the Mexican Mathematical Society in 2010. She was vice-president of the Mexican Society for Operations Research, SMIO, from 2013-2015. Since 2015 she has been the representative of the SMIO before the International Federation of Operational Research Societies, IFORS. She has been invited to be plenary speaker in several nacional conferences. Currently, she belongs to the National System of Researchers, with Level 2. She was one of the editor of the book ¿Just-in time Systems¿ of the Springer Optimization Series and its applications. She has more than 20 articles published in prestigious international magazines, 4 book chapters and many other publications in refereed conferences. Her investigations are related to discrete optimization problems for which she proposes mathematical models and new optimization methods both exact and heuristic. The application areas of the optimization problems studied by Yasmín are related to production lines, transportation, agriculture optimization, finance, among other topics.