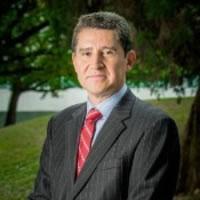 Gerardo Castañón, Full professor, member of the national research system in Mexico (level2). Member of the Academy of Science in Mexico. Dr. Castañón received the Bachelor of Science in Physics Engineering from the Monterrey Institute of Technology and Higher Education (ITESM), México in 1987. He received the Master of Science degree in Physics (Optics) from the Ensenada Research Centre and Higher Education, México in 1989. He received the Master of Science degree in Electronics Engineering from ITESM in 1990. He also received the Master and Ph. D. degrees in Electrical and Computer Engineering from the State University of New York (SUNY) at Buffalo in 1995 and 1997 respectively. He was supported by the Fulbright scholarship through his Ph. D. studies. From January of 1998 to November of 2000 he was a Research Scientist working with Alcatel USA Corporate Research Center in Richardson TX. Where he was doing research on IP over WDM, dimensioning and routing strategies for next generation optical networks and the design of all-optical routers. From December of 2000 to August of 2002 he was a senior researcher with Fujitsu Network communications doing research on ultra high-speed transmission systems. He is now working in the Department of Mechatronics at ITESM since September of 2002. Dr. Castañón has over 100 publications in journals, book chapters and conferences and 4 international patents. He is a Senior member of the IEEE Communications and Photonics societies. He frequently acts as a reviewer for IEEE, IET, Elsevier journals. Also, he frequently participates as technical committee member of telecommunication conferences. Recipient of the TECNOS 2007 award, Rómulo Garza Award 2006 and 2010. Also, recipient of 2018 CONACYT´s basic research grant to develop research on nano-photonics using CMOS technology in collaboration with MIT researchers.