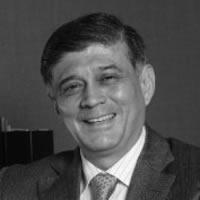 Javier is passionate about knowledge as a leverage to the human condition. An experimental psychologist by profession, he published in 1981 his book El Comportamiento Científico, studied Logic and Scientific Method at the London School of Economics (MSc., 1983) and obtained his Ph.D. on Psychology of Science and Technology at King´s College, London (1986). Back in Mexico, he focused on knowledge and innovation management (KM), being recognized as an international leader in Knowledge Cities and Knowledge-based Development (KBD), on which he has published 10 books and over 50 papers. He became a Professor of KM and KBD at Tecnológico de Monterrey (http://www.itesm.edu/) in 1990. There, he founded in 1992 the Center for Knowledge Systems, where he lead over 120 contracted national and international KM and KBD projects in the public and private sectors. He has now been appointed Head of the Strategic Focus Research Group on Knowledge Societies at Monterrey Tech. He has also been appointed the first Director of the Pascal Center for Latin-America and the Caribbean of the Pascal International Observatory http://pascalobservatory.org. He has developed the Capital Systems Framework as a model of knowledge-based organizations and societies. He is founder and President of the World Capital Institute (worldcapitalinstitute.org), the organization leading the annual Knowledge Cities World Summit as well as the annual MAKCi Awards (Most Admired Knowledge City). He is also a founding member of the New Club of Paris and serves on the editorial boards of international journals and advisory boards of KM/KBD-related international organizations. Javier has built the most influential KM network throughout the Americas: the Ibero-American Community for Knowledge Systems (www.iberoamericana.org) since 1998, now serving as its its Honorary President. He is member of the Mexican Academy of Science and the National Researchers System-Level III and is a regular keynote speaker at the international circuit. He communicates in English and Spanish. Javier is listed in Who´s Who in The World, Who´s Who in Global Banking and Finance and in the Special Edition 2000 of The Barons 500. His personal webpage is http://carrillofj.wordpress.com. His current research interests are on Knowledge for the Anthropocene and City Preparedness for the Climate Crisis.