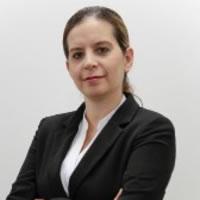 "Of the great universe of clinical nutrition, I became interested in non-communicable chronic diseases because they are the main challenge of every health professional." What led Yareni Yunuen Gutiérrez Gómez to study clinical nutrition ¿and specialize in non-communicable chronic diseases and population health¿ was the fact that diseases could be prevented or treated thanks to it. She became interested in studying non-communicable chronic diseases (cardiovascular disease, diabetes, obesity, cancer) because these cause 72 percent of deaths worldwide; however, their main risk factors can be avoided and are associated to nutrition. When Gutiérrez Gómez understood that individual treatment was influenced by many other far-reaching factors (social determinants of health and nutrition), she focused in population health. Observing existing programs and policies in México with a macro-approach, she can prevent ailments that generate a high psychological, economical and social cost. Although she considers the main challenge of her profession to be the modification of inappropriate lifestyles in people, she is also aware of the urgency of human resources in healthcare matters, which is why she is also passionate about teaching. She is convinced that empowered nutritionists can be agents of change in whatever environment they work in, they will help enrich the discipline and will contribute, together, to the progress of their country.