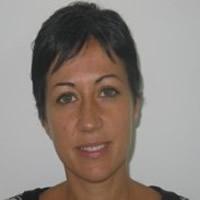 Research professor and Architecture Program Director at Tecnológico de Monterrey (Guadalajara). Architect cum laude from the University of Cagliari (Italy), Master in " Laboratory of Housing of the 21st Century", by the Polytechnic University of Catalonia (Barcelona, Spain) and Ph.D in "City, Territory and Sustainability", by the University of Guadalajara. Expert in housing issues, she actively collaborates with the Laboratory of Housing of the 21st Century (UPC, Barcelona), she has been coordinator of the III International Congress of Sustainable Collective Housing (Guadalajara, Mexico) and editor of the publication of the Congress. She is a professor of the UN-Habitat diploma in Latin America for the Implementation of the New Urban Agenda. In the past, she has collaborated in different architectural firms, C&M architects (2004-2005) in Cagliari, Italy; Antony Reddy Associates (2006-2008) in Dublin, Ireland. In 2010, together with the architect Carlos M. Hernández, she founded EMA (Multicultural Space of Architecture), whose projects have been published in magazines such as "Architectural Digest" (Mexico), "Nya Rum" (Sweden) and in the book "Mexican Architectures, The Best of the 21st Century" vol. 5 (Arquine, 2014). She has won important prizes such as the Jalisco Architecture Award 2018. She is the author of papers on ethics, society, architecture and urbanism: "The housing of our time"; "Urbanism from a gender perspective", in co-authorship with Zaida Muxí; of the chapter "Gated communities, a way of inhabiting the contemporary city", in co-authorship with Verónica Díaz, in the book Expresión territorial de la fragmentación y segregación, (editions Autonomous University of the State of Morelos); of the article "Urban proximity based on the analysis of daily life with a gender perspective in the Huentitán el Alto neighborhood," in Quid16 magazine. From 2011 to 2015, she has been a professor at Tecnológico de Monterrey, Guadalajara; since January 2015, she has been the Architecture Program Director at Tec de Monterrey.