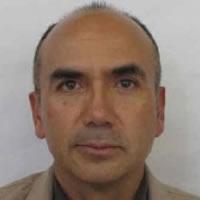 Dr Luis A. Trejo is currently an Associate Research Professor at the Information Technology and Computer Science Department of the Instituto Tecnólogico y de Estudios Superiores de Monterrey, Campus Estado de México (ITESM CEM), Mexico. He obtained the Master in Science in computer science in 1989 at the CINVESTAV del Instituto Politécnico Nacional, Mexico, and the Ph.D. in computer science (Parallel Processing) in 1993 at the Université Claude-Bernard de Lyon, France. His topics of interest are internetworking, information security, Intrusion Detection and Prevention Systems, GRID computing and parallel processing, Big Data and Analytics. Trejo is currently a member of the research group in computer security at the ITESM CEM. He has more than 20 national and international publications and several industry certifications. He has been invited as a speaker in more than 40 fora. Trejo is the Main Contact of the ITC (Instructor Training Center) ITESM-CEM and a CCNP/CCNA/CCAI instructor of the Cisco Networking Academy Program. He leads the Cisco Training Center in CCNA Security for Mexico and Latin America. Trejo is part of the Evaluation Committee for CUDI (University Consortium for Internet 2 Development), and the main coordinator of the CUDI Grid and high performance computing community (2007-2013). He was invited by IEEE to be a member of his officers staff, performing tasks and responsibilities attached to the Secretary of Student Activities, IEEE Section Mexico from 2005 to 2006. Trejo led from 2007 to 2009 the project WINDS-LA in Mexico, funded by the European Commission 6th Framework Programme to foster cooperation in ICT research between Europe and Latin America. He was technical coordinator of the Cloud Computing project, an academic initiative sponsored by IBM and Google from 2009 to 2011. Currently, Trejo is responsible of the ELISA Project (elisa-tec.mx) that aims to increase in a significant way the possibility that a person can be quickly located and assisted in case of an emergency situation, such as kidnapping, automobile accident or health crisis. ELISA is a system based on mobile devices, and a network of micro-sensors which automatically (or manually) generates an alarm signal in case of imminent risk. ELISA received a grant from CUDI-CONACyT.