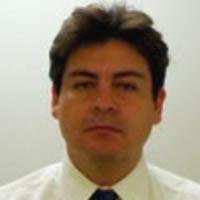 Dr. Videa obtained a Bachelor's degree in Chemistry from Tecnológico de Monterrey in 1993 and a Ph.D. degree in Physical Chemistry from Arizona State University in 1999. In 2000 he made a postdoctoral stay at the same university on electrodeposition of germanium. He joined Tecnológico de Monterrey in August 2000, where he is currently an associate professor and researcher level II in the National System of Researchers. Since 2001 he holds the position of Director of the undergraduate program in Chemistry and coordinator of the Research Chair in Synthesis and Characterization of Nanomaterials since 2007. He is also Adjunct Professor in the Department of Chemistry at Rice University. His research focuses on the chemical and electrochemical synthesis of metal nanoparticles and the study of the parameters for the kinetic control of nucleation and growth processes. The goal of reaching an understanding of controlling the size and shape of the nanoparticles produced chemically or electrochemically to contribute to the application of such materials in electrocatalysis for hydrogen production, and the development of sensors based on the phenomenon of surface plasmon. In another line of investigation, develops two-phase systems to study ion transfer at the interface between two immiscible electrolytes which, unlike traditional systems, both systems are aqueous and potential model of ionic transfer through biological membranes. He is author of 50 publications in refereed journals listed in Scopus, two book chapters, and 4 popular articles. Additionally, he participated in consulting work in the area of materials for batteries and capacitors in projects with companies such as Johnson Controls, KEMET Mexico and Enerya (GONHER). He has taught since 1994, as an assistant professor from 1994 to 1995 at Arizona State University, and at Tecnológico de Monterrey from 2000 to date teaching the courses of Thermodynamics, Kinetics, Electrochemistry, Materials Chemistry, and Quantum Chemistry. He has participated in organizing an international conference, has given three invited lectures and 21 conference papers. Under his direction, 27 undergraduate theses, 8 master's, and 3 Ph.D. thesis have been completed.