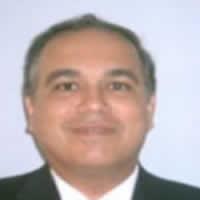 Dr. Macedonio Alanis is Full Professor of Management Information Systems at Tecnologico de Monterrey (ITESM), in Monterrey, Mexico. He performs research and teaches graduate and undergraduate level courses in the areas of management of technology, e-commerce, IT strategy, and e-government. Some of his courses, using distance learning, are attended, live, by nearly 1000 students in nine Latin American countries. He also designed and works on a dual degree program on IT Management between ITESM and Carnegie Mellon University and worked on a specialization program in project management between ITESM and Stanford University. Dr. Alanis is member of the academic senate of Tecnologico de Monterrey. He has worked in the design of graduate and undergraduate programs in universities in the United States, Colombia, Puerto Rico, Panama and Mexico. In the private sector, Dr. Alanis has been the manager of administration and finance of Neoris, an IT company of the multinational CEMEX (NYSE:CX), where he defined the company's business development and growth strategies. He created Global Software Factory, a co-investment between CEMEX and World Software Services, that worked on the development of IT projects in Mexico, Europe, US and South America. He has worked for IBM, and is part of Cutter Consortium's group of expert consultants. Dr. Alanis also consults with public and private institutions on IT strategy. In the public sector, he worked as Director of Information Technology (CIO) for the Government of the State of Nuevo Leon. He was elected president of CIAPEM, the national committee for informatics in states and municipalities of Mexico, formed by the CIOs of all states and municipalities of Mexico. He also participated in the definition of Mexico's national IT policies. Dr. Alanis has written more than 120 papers, book chapters and conferences on topics such as Educational Technology, IT in the public sector (e-government), and the management of information technologies. Dr. Alanis has received the prestigious Eisenhower Fellowship. He was elected to occupy the Americas Chair on the board of directors of the Association for Information Systems (AIS). Last year he received a grant to attend the 3rd Winter School in Computer Science and Engineering on Blockchains and Cryptocurrencies at the Institute for Advanced Studies of The Hebrew University of Jerusalem. Dr. Alanis holds a PhD in Business Administration with a concentration on Management Information Systems from the University of Minnesota. He obtained a Master of Sciences in Computer Science (ScM) from Brown University, and a BSc in Computer Science from Tecnologico de Monterrey (ITESM) in Monterrey, Mexico.