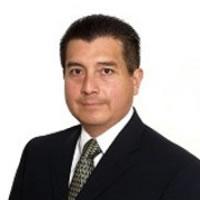 Armando Céspedes-Mota is a Ph.D.in Information and Communication Technologies with a major in Telecommunications from the Tecnológico de Monterrey C. Monterrey, May 2016. He received also the Bachelor of Science in Electronic and Communication Engineering, the Master Degree in Electrical Engineering, and the Master Degree in Telecommunications Engineering, from the Tecnológico de Monterrey C. Monterrey, México in 1983, 1986 and 2009 respectively. He also realized a professional perfecting in Germany in the areas of microelectronics, process automation and industrial networks at the University of Applied Science Furtwangen in Furtwangen, Germany and the Siemens Company in Karlsruhe, Germany, supported by the Carl Duisberg Gesellschaft e.v. (CDG) from February 1992 to September 1993. He has been working with wireless sensor networks and industrial networks projects at ITESM and industry, and has an international patent. His research interests focused on the topology control techniques and coverage area optimization of ad hoc wireless sensor networks with industrial applications and how can be integrated to the Internet of things (IoT) and enterprise architectures.