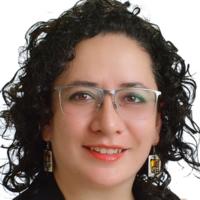 Dr. Veronica Rodriguez-Martinez is currently a Postdoctoral Researcher at the FEMSA-Biotechnology Center at Tecnologico de Monterrey, Monterrey N.L. Mexico where she works on probabilistic modeling, as well as, non-thermal technologies with a particular focus on high hydrostatic pressure processing. Dr. Rodriguez-Martinez received her Bachelor¿s degree in Food Engineering and Master¿s degree in Food Science from the Universidad de las Americas Puebla, Cholula Pue. Mexico; where she performed research on the rheology of concentrated juices, and microencapsulation by spray-drying, respectively. Afterward, she earned her Ph.D. in Food Science from Purdue University, where she worked on the development, characterization, and functionalization of carvacrol-loaded nanoemulsions. Subsequently, Dr. Rodriguez-Martinez was a Postdoctoral Research Associate at the Department of Food Sciences at Purdue University, where she studied the oil/water interfacial properties at high temperatures. The results of her research projects have been presented at various national and international meetings, including the Food Colloids Conference, IFT Annual Meeting, ASABE Annual International Meeting, and Ibero-American Congress of Food Engineering (CIBIA, Spanish acronym). She has been a member of de Institute of Food Technologists (IFT) and the Sociedad Honoraria Phi Tau Sigma since 2011 and 2012, respectively.