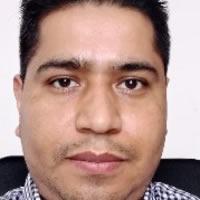 D. Guillen received the B.Eng. degree in Electrical Engineering from Instituto Tecnologico de Morelia, Mexico, in 2007, his M.Sc. and Ph.D. degrees in Electrical Engineering from Universidad Autonoma de Nuevo Leon, Mexico, in 2010 and 2015, respectively. He was with the national center of energy control (CENACE-Mexico) conducting interconnection studies of renewable energy resources such as solar and wind power plants, 2015 to 2016. He was associate professor at Universidad Nacional Autonoma de Mexico from 2016 to June 2018. He is currently with Tecnologico de Monterrey and a member of the National Research System of the National Council of Science and Technology (CONACyT-Mexico), level 1 (SNI-1).