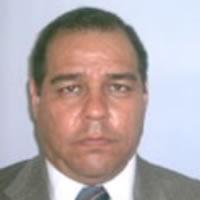 Jorge Limón Robles. He obtained the degree of Electrical Mechanical Engineer in 1984 and worked for 2.5 years as a Design Engineer at Industria del Hierro S.A. de C.V .. He studied the Master's Degree in Control Engineering at the Tecnológico de Monterrey and as of June 1989 he joined this institute as a full-time professor. It designs and builds the laboratory equipment for the Control Engineering department and later for the mechatronics department, which are reproduced for the campuses in the northern area. In 1998 he obtained a doctorate in Industrial Engineering from ITESM. In 2003 he was appointed coordinator of the master's degree in Quality and Productivity and the Doctorate in Industrial Engineering. In 2004 he was appointed director of the Industrial and Systems Engineering area. Creates the Quality and Manufacturing Center, which is consolidated as one of the centers with the highest income and profitability. In 2008 he was appointed as director of extension and Liaison of the School of Engineering and Information Technologies and from August 1, 2011 he took the leadership of the 9 research and extension centers of the School of Engineering and Information technologies that were consolidated as the centers with the highest income generation and remnants in the institute. In addition to his management career, during his stay at the institution he has taught and advised theses at the master's and doctoral levels, published articles in refereed journals and developed numerous consulting and technological development projects for national and foreign companies. Since July 2014, he has been the Director of Extension and Outreach of the North Zone Rectory of the Tecnológico de Monterrey, integrating all the executive education, consulting and technological development services of the Monterrey campus in addition to being in charge of the other five sister campuses of the Rectory North Zone..