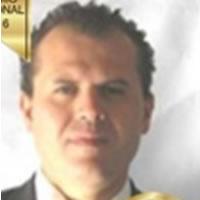 Our job as directors, teachers, researchers, or engineers should be aimed at bolstering the transformation of our society and of our species itself, in the pursuit of having the best of us benefiting the rest." For more than ten years, Juan Manuel Campos has been Academic Director and is currently Associate Director of the EIC (School of Engineering & Science). This year he will complete 15 years of service at Tecnológico de Monterrey, during which he has also worked as Professor and received the awards of "Inspiring Professor 2016" at a national level, "Professor who Makes a Mark" both in the 70th and in the 75th anniversary of our Institution, and reached the level of "Associate Professor" under the current Teachers Classification Regulations of Tecnológico de Monterrey He studied the Bachelor's Degree of Engineering at Campus Monterrey, and both, the Master's Degree and Doctorate at the University of Paris-Saclay and the École Supérieure d'Electricité, Supélec, one of the best five schools of engineering in France. He has also been part of the National Academic Senate, the National Researchers System (SNI), and since fourteen years ago, he has been in charge of the Cisco Academy at a regional level. To Juan Manuel Campos, the inclusion of economic and sociological precepts in engineering is vital, and he firmly believes that engineers should be more involved in innovation as a means to social transformation. To him, the economy plays a key role which is not always given proper consideration, so he closely follows different reports of international organizations such as the IADB, the World Bank, the IMF, and the OECD, being especially interested in topics such as innovation, economic growth, digital transformation, gender gap, women in engineering, general well-being, and technological development. He was accepted to attend the OECD 2017 Economic Forum, through one of his engineering socially-oriented projects, and invited to its last editions. He strongly believes in the integration of several disciplines in order to foster the generation of knowledge, research and innovation. He believes that the Alliance between Basic Science, IT, and Mechatronics Engineering, is fundamental to overcome some of the most important challenges in public health; as an example of this we have the Project Sonidoc, a Web platform through which he has moulded and diagnosed hearing loss in over 10,000 persons, mostly children. Being specialized in technologies for the treatment of information and electronic systems, he promotes for engineers and the societies of engineers , to assume a social responsibility at the same level that the areas of politics, finance, and economics do. He is in contact with companies of national and international level such as Amazon, Cisco, Softtek, CapGemini, Dextra, eSage, Global Hitts, Data Agility Group, and Grupo Modelo, in the fields of data science and information technologies; he has assisted in almost all of these companies, strengthening this relationship through his alumni. On his pursuit of the integral formation of his students, Juan Manuel Campos has created two small companies on the IT area, through which he has driven some of the scholars to study a Master's degree, or a Doctorate in Mexico or abroad. For Juan Manuel Campos, being a director, professor, engineer, researcher, consultant, ocassional businessman, and mentor, are sources of great satisfaction which allow him to create and lead working teams, teach, make an impact, and innovate, promoting the development of disciplinary and transversal competencies in his students. He appreciates the possibility of leading for a moment those who represent the ship of hope in the waves of an uncertain future; of generating ideas with that small group of human beings who dream of being the generation who changed everything for everyone: our students.