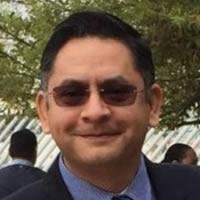 Silverio García-Lara obtained his PhD in Experimental Biology from the Autonomous Metropolitan University in Mexico with Postdoctoral experience at the University of Ottawa in Canada and the International Center for Maize and Wheat Improvement, CIMMYT. His work in molecular breeding has been awarded by the Canadian Foundation for the International Conference on Agricultural Biotechnology (ABIC), The Consultative Group on International Agriculture (CGIAR), AGROBIO Mexico and the Institute of Nutrition of BIMBO Group. In 2012 he get the Teaching and Research Award by Tec de Monterrey. In 2016 he was awarded by ITESM by his research in Sustainable Food Security. He is a regular member of the Mexican Academy of Science and a member of the National System of Researchers (SNI) level 3. He has received financial support from agencies such as foundation FEMSA, CONACYT, SAGARPA, USDA-USA, CIDA-CANADA, CIMMYT, MasAgro, GrainPro, Monsanto, and Kelloggs, among others. García Lara has more than 160 abstracts presented at national and international conferences and currently has more than 90 publications.