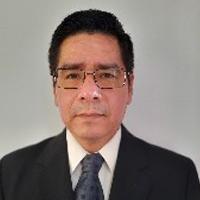 Dr. Julio Altamirano Barrera obtained, with honors, his bachelor´s degree in Biology, at the Faculty of Sciences of the National Autonomous University of Mexico. He obtained his Ph.D. degree in Cell and Molecular Physiology at the Department of Biophysics of Loyola University Chicago, United States in 2004. He performed postdoctoral studies at the department of Biophysics of Loyola University Chicago, United State, from 2004 to 2005. The American Heart Association awarded him a fellowship to perform postdoctoral training at the Institute of Biotechnology from the University of Maryland at Baltimore, from 2005 to 2009. In 2009 he was hired as assistant professor at the School of Medicine, Tecnologico de Monterrey, and in the year 2012 he was promoted to associate professor. In the academic field, he teaches at the undergraduate and graduate level. The evaluation for his performance in the classroom has always been excellent. He has participated in the design and implementation of various courses of previous plans and of Tec21. He has published 23 articles in prestigious journals, which have been cited over 600 times, in most of the he appears as first or corresponding author. He has graduated seven Masters in Sciences and one Doctor in Sciences, and he has trained a Postdoctoral Fellow. His research at the Tecnologico de Monterrey is focused on the study of the molecular mechanisms of the alterations in calcium signaling that underlie important pathologies, such as cardiac failure and ventricular arrhythmias. His research develops in animal models of metabolic and chronic-degenerative diseases that affect the heart and applies state of the art biophysical and molecular techniques, including confocal microscopy, cellular electrophysiology, cell culture and molecular biology. Dr. Altamirano is a member of the National System of Researchers (Level 2) of the National Council of Science and Technology.
The doctor in physiology and cellular and molecular biophysics, Julio Altamirano Barrera, is an Associate Professor of Basic Sciences, and is ascribed to the GIEE-Cardiovascular Medicine and Metabolomics. He has 11 years of experience as a researcher and professor at the Tecnológico de Monterrey, and has extensive experience abroad, where he worked for five years in two American universities conducting research projects, before joining the Tecnologico de Monterrey.