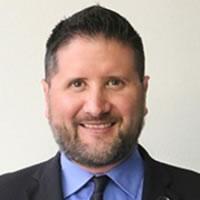 "The biggest challenge in being a research professor is to acknowledge that what we do focuses in reflection, in building bridges for others to cross." José Carlos Vázquez Parra is passionate about human rights and everything related to them. It is not uncommon to see him discussing or writing about gender equality or about the fight for the inclusion of the LGBT+ community, for example. He considers that, if knowledge is not used to solve problems, it has no raison d'être. That is the main reason why he is concerned in analyzing the way in which organizations can work in favor of the people and their communities. After graduating as a lawyer and working in his family's restaurant he discovered his true calling. Vázquez Parra knew that if he really wanted to help, he would have to prepare in the matter, so he decided to study psichology as his second career, as well as a Master's degree in Education. Simultaneously, he began his career as professor, certain that he wanted to devote his education to speak about the life and the reality of a country such as Mexico. The author of nine books, which cover subjects such as rational choice, the search for love and the change of beliefs, is thrilled every time a lesson begins because he considers it a new chance to leave a mark. He exerts himself to build the knowledge which will allow others to make big changes. Backstage, he starts the chain reaction to generate men and women who will face today's problems to prevent them from becoming the problems of tomorrow. He has worked as a professor, plant teacher, Director of the Regional Department and currently as a Research Professor. He has been recognized with the Arturo Díaz Alonso Medal 2015 (UNAM), the National Inspiring Professor Award (Tec) and the Ocelote Award (UNIVA). He is a member of the National System of Researchers since 2015 (SNI-1).