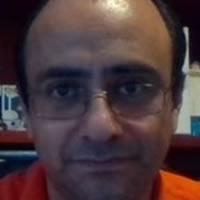 He is Electronics and Communications Engineer (1992) and Master of Science with a Specialization in Manufacturing Systems (1994), both from ITESM-CEM. He is PhD in Non-linear Control System (2000) from the Paul Sabatier University in Toulouse France. Since December 2000, he has been teacher assigned to the Department of Mechatronics of ITESM-CEM, offering both undergraduate and postgraduate courses in subjects directly related to: control engineering, system dynamics, digital control, intelligent control, process automation, industrial robotics and advanced robotics. From 2003 to 2011 he was first, director of the Master of Engineering Sciences, then director of the PhD program in Engineering Sciences and later director of the Graduate School of Engineering and Sciences of the Tec of Monterrey at State of Mexico Campus. During his administration, all the graduate programs belonged to the National Postgraduate Register of CONACYT. He is currently a professor in the Department of Mechatronics and leader of the ITESM-CEM Robotics group. He designed and taught the i-week in Mobile Robotics in 2016 and later the i-week of Drones in 2017-2019 and I ride the i-Semester in Mini Autonomous Cars in 2018. He has extensive experience in the design, construction and programming of robots. In 2002 he started the quadruped robotics group, in 2005 the humanoid robotics group, in 2008 the rescue robotics group, in 2012 the drone group, and in 2017 the autonomous mini-car group. His developments have been achieved together with professors and students of ITESM-CEM with whom he has participated in prestigious robotics competitions, such as the IEEE Latin American Robotics Contest, RoboCup and the Mexican Robotics Tournament since 2002. He is an active member of the Latin American Robotics Council of the IEEE since 2002, a founding member of the Mexican Federation of Robotics since 2010 of which he was president of 2014-15, and is also a founding member of the Mexican Academy of Computing since 2015.