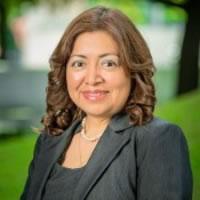 Since the 1990s, the work and background of Ms. Rodríguez have been focused on the design of Competitive Technology Intelligence Systems as well as the management of Innovation and Technology. She holds a doctorate in Business Management at the Polytechnic University of Catalonia. Her doctoral thesis pioneered the field of Competitive Technology Intelligence and technology mapping of the Spanish language. She has created numerous courses and developed projects in the field of Competitive Technology Intelligence for diverse organizations. In 2001 she established the research area of Competitive Technology Intelligence for Innovation at Tecnológico de Monterrey, Campus Monterrey. She has provided consulting services, courses, and conferences for more than 100 organizations (including companies, government, and academia) in Europe, USA, Asia, and Latin America. She has published more than 100 articles in top refereed journals and conference proceedings in Europe, USA, Asia, and Latin America. She has several national and international awards. Since 2000, she has been invited as a special guest professor at Spanish universities. She also belongs to several scientific committees in Europe and Latin America. In 2004 she represented Mexico in an Intellectual Property Rights forum as an invitee of the World Intellectual Property Organization (WIPO) and World Trade Organization (WTO) in Geneva, Switzerland. Since 2001, she has been recognized as National Researcher by the National Council of Science and Technology of Mexico (CONACYT), acquiring in 2017 the level 2 from 4 categories where the highest is 3. In 2010 she became the first woman at Tecnológico de Monterrey that belongs to the Mexican Academy of Sciences. In 2012 she became full professor, obtaining the highest category for faculty of Tecnológico de Monterrey for five years, in 2017 she was evaluated positively keeping the highest position as full professor. In 2013 she became the only professor in Mexico that is certified as a Competitive Intelligence Professional (CIP¿). In 2015 she became the first Mexican accepted as an academic visitor at the Manchester Institute of Innovation Research, University of Manchester (UK) where she spent one year developing diverse research activities. Currently, she belongs to the School of Engineering and Sciences at Tecnológico de Monterrey where she develops research and consultancy in the field of Competitive Technology Intelligence.