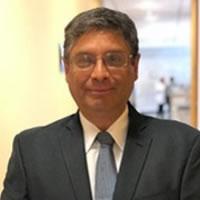 "My profession has a human essence and is the result of a very particular mix of science, art and mathematical mysticism: it is related to the body, the spirit, society and earthly and cosmic nature". Augusto Rojas Martínez has witnessed one of the greatest scientific adventures of humanity: the birth and development of human genetics. By studying Medicine at El Bosque University in Colombia, he learnt that almost every disease has a genetic base and that this type of ailments are experiments of nature that illustrate the mechanisms of growth and development. The best teacher he had at the time, geneticist Emilia Federici, chose him as assistant in the direct observation of giant chromosomes in the salivary glands of fruit fly larvae, one of the rare opportunities to see genes inside the chromosomes producing strands of ribonucleic acid. From the 70s to the 90s there were notable doctors who described most phenotypes of the species and reported a vast collection of syndroms. Among them were José María Cantú and Emilio Yunis, Rojas Martínez's former professors. The opportunity to use genes as medicine has always fascinated him; as a matter of fact, he wrote one of the first essays on genetic therapy in Latin America. He has researched how genes, environments and lifestyles interact in the development of diabetes, hypertension, schizophrenia and adictions. From his point of view, Mexico offers the perfect sociodepmographic lab for the implementation of genetic studies, and adventure he intends to advance in Tecnológico de Monterrey.