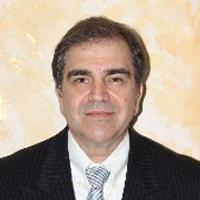 Dr. Santiago Enrique Conant Pablos is Research Professor in Intelligent Systems at the School of Engineering and Sciences of Tecnologico de Monterrey. He graduated from the Technological Institute of Sonora (ITSON) as an Industrial Engineer in 1986. He received his Master of Science degree in Computer Science in 1991 and his Ph.D. in Artificial Intelligence in 2004 at the Tecnologico de Monterrey Campus Monterrey. During his doctoral studies, he was a Visiting Research Scholar at the Robotics Institute of Carnegie-Mellon University, USA, 1995-1996. He was also a Visiting Associate Researcher at the Computational Vision Laboratory of the Institute of Industrial Sciences, University of Tokyo, Japan, 1998-1999. Since 1982 he has worked as a computer operator, programmer, systems analyst, academic, and researcher. As a university professor (1988 to date) he has taught more than 40 different courses at professional and graduate level. As a researcher, he participated in the research chairs in Distributed Knowledge Technologies and Intelligent Agents (2003-2005), in Evolutionary Computing and Related Techniques for Optimization and Forecasting in Logistics (2006-2011) and in Intelligent Systems (2012-2013). Since 2014 he has been a member of the Research Group with Strategic Focus on Intelligent Systems. He has published more than 35 research articles and has collaborated in various research and development projects sponsored by companies and the government (Bancomer, Masterpak, Google, ITSON, ITESM, CONACyT). He has been awarded the Rómulo Garza Award for Research and Technological Development 2007 and the Award for Teaching and Research 2010 of Tecnologico de Monterrey. For his profile, Dr. Conant contributes in the Line of Generation and Application of Knowledge of Intelligent Systems contributing in the areas of computational vision, heuristic techniques for logistics and optimization, evolutionary computation and automatic learning.