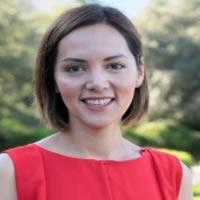 Adriana Vargas Martínez received a degree in Chemical Engineering (2005), a Master of Science in Environmental Systems (2007) and a Doctorate in Engineering Sciences with a specialty in Automation (2011) from the Tecnológico de Monterrey, Monterrey Campus. She was a visiting researcher at the Polytechnic University of Catalonia (2010). She did a Postdoctorate (2012-2013), in Montreal, Canada at the University of Concordia. Her current research areas include Automatic Control, Control Systems, Fault Tolerant Control and Innovation in Educational Systems. She is a member of the National System of Researchers of Mexico Level I, and works in the Department of Mechatronics. She works as the leader of a semester i based on technology entrepreneurship, she actively participates in 4 NOVUS, has more than 10 research and education outreach jobs accepted during 2019. She is coordinator of the Monterrey-MIT Relationship, is a co-leader of the Industry 4.0 initiative with the University of Alberta, and has actively participated in the Automotive Consortium where projects carried out with Sisamex and Ternium stand out.